RIFE SCALAR THERAPY
Scalar energy was discovered many years ago, but since then has largely become forgotten. Even today, scalar energy is misunderstood, undervalued, and underused. One must take a look at the past to understand the future ahead.

What are Scalar waves?

Back in the 1900s, Nicola Tesla discovered an electromagnetic longitudinal wave. It can carry out lossless transmission of energy over vast distances, pass through solid metal objects with no loss of power, and transport energy without the need of wires. Tesla did not explain how it worked in this patent, nor did he give it a name. In the 21st century, it has now been called scalar waves. Scalar waves are instantaneous longitudinal waves that encompass the field. They do not propagate along an axis or have a direction, unlike electromagnetic waves, which are transverse, and travel along an axis in a known direction. Electromagnetic waves are “vector” waves whose power decreases over distances and if passing through solid metal objects. Additionally, scalar waves offer a special feature that is not described by Tesla in his patent, which focuses on the transport of energy. These waves are also able to convey information. This information can be from a healing substance. 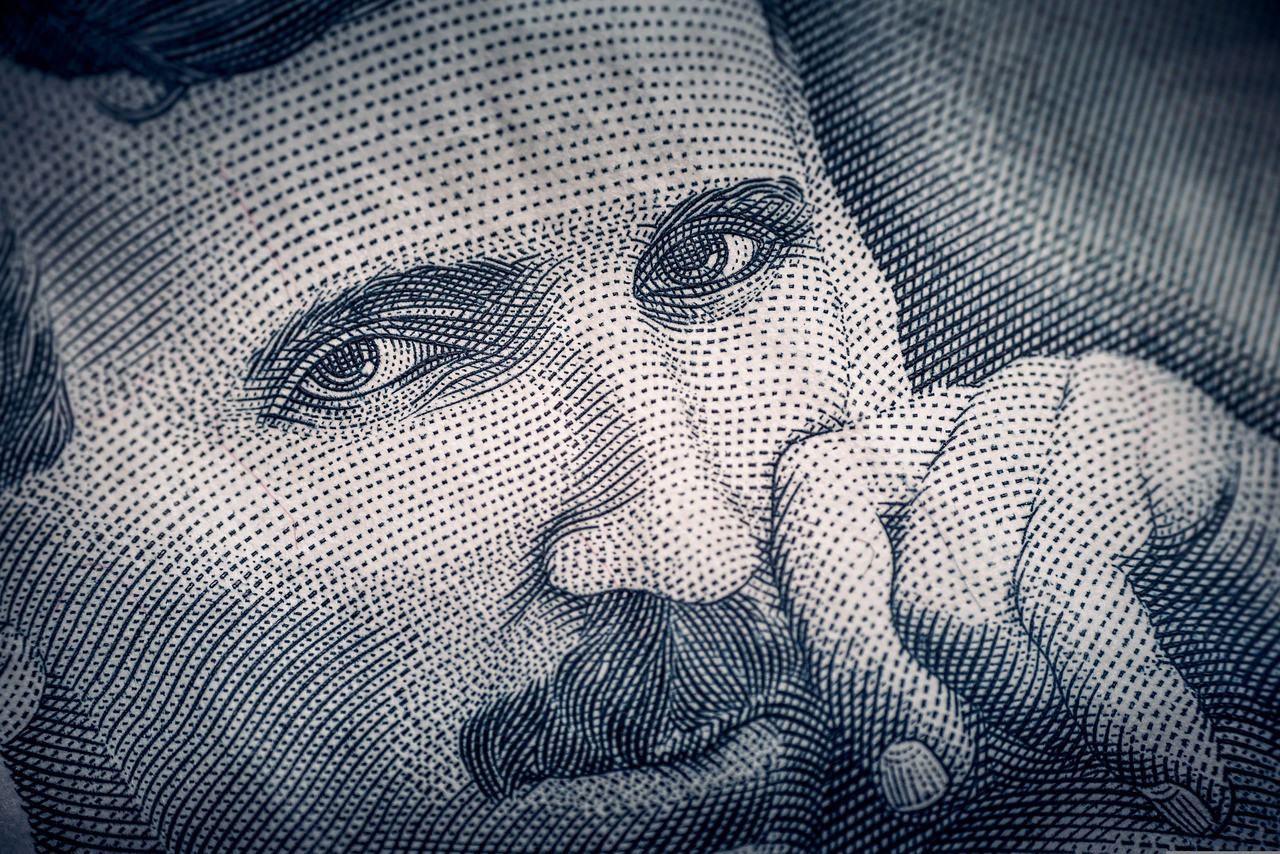 Throughout our bodies, we have a network of energy channels which circulate from the top of our head, down to the bottom of our toes. This energy system is responsible for making us feel healthy and energized, not just on a physical level, but also on an emotional, mental, and spiritual level.  This energy is sometimes referred to as Chi or Prana, and is the driving life force of our body, down to the last cell and atom. It is believed that one of the root causes of disease is a blockage in our energetic pathways or chakras. When there is a blockage, the local metabolism slows down, and the body structure becomes less energetic. It is less capable of removing chemical waste, causing further build-up of toxins in the same area. This vicious cycle will repeat. Once the local energy level falls below a critical threshold, the onset of a chronic illness is near. If the situation is not corrected, the condition will worsen over time.  Imagine a river flowing freely. After a storm, a tree falls into the river, obstructing the water flow. Over time, silt and leaves are collected by the fallen tree, further compounding the obstruction. If the tree is not removed, the flow will continue to reduce. Eventually, it will become completely blocked.
Scalar Fields Help Open and Remove Blockages

Despite interruption by blockages, our body retains the memory of healthy Chi through cell communication. Cells use scalar fields to communicate. Blockages disrupt this natural communication. Scalar fields introduce energy, which restores this communication, exposing the diseased cells to the body’s defenses. Mitochondria are the “power stations” of cells. Scalar fields charge the mitochondria, giving your cells much-needed energy to open and remove the blockages. Once the blockages are removed, our body will restore the flow of Chi back to a healthy state. Just as removing the fallen tree from the river restored water flow.
There is a saying in traditional Chinese medicine: “Where there is free flow, there is no pain or disease.”
Benefits of Scalar Energy

Scalar energy is great for a degenerated disc. Scalar energy can charge the cells in the disc, and give the cells much-needed energy. Once the cells are fully charged, the disc will plump up and return to being healthy and well-hydrated.
Scalar energy can help improve blood circulation by promoting the permeability of cell walls, which improves the intake of nutrients and water into the disc, keeping it hydrated.
Additionally, scalar energy can relieve inflammation and pain by facilitating the flow of blood.

Many clients have told us that they have seen improvement with their Chronic Migraine, Chronic Fatigue, Sleep Disorders, and many other health problems.
According to many scientific studies, scalar energy benefits humans, animals, and plants.

The Unique Features of Scalar

The Scalar transmitter not only transmits energy but also takes energy from the aether. The aether is the “space” around the nucleus and electrons of molecules. Some people think of aether as “air”, but air itself is composed of molecules. Imagine a picture of a molecule on a white piece of paper. The white represents the aether. In outer space, very few molecules are floating in the vast expanses of vacuum, but there is an abundance of aether.  Scalar waves are not electromagnetic waves. If it was a wave, it will lose power over distance. But because it is a scalar field, the aether adds to the strength of the field.

With Scalar we are able to provide three different methods of transmitting healing scalar waves:
Pure scalar, Molecular scalar, and Rife scalar.
You can choose which of these best suits your needs. The Scalar has both a sender and receiver. The sender is tuned to the receiver so they are perfectly linked. A scalar field is only produced when the two units are tuned. They become charge-coupled, effectively becoming one entity; one transmitting regular electrical signals, and the other returning the signals in the form of a scalar field. The lids become a transmitting antenna of scalar energy, with a scalar field between them. The return path is the space between the lids. The scalar field goes in all directions, but a receiver will absorb this energy. When this happens, the energy becomes more focused. The person in the scalar field (who sits between the sender and receiver), also becomes a tuned receiver. Scalar can be used this way as Pure Scalar, but there are more options.
Molecular Scalar
If a substance is placed on the receiver, molecular modulation alters the returning scalar field. The modulated information invokes biological changes, as if you have the substance inside your body.  Health products or drugs can also be placed on the receiver coil. Your body then has the effects of the compound. Which means that your body will benefit from whatever substance is placed on the receiver coil. Some clients bring in their own substances that they wish to use.
Rife Scalar
Rife Scalar combines the discoveries of Dr. Royal Rife with Nikola Tesla. Royal Rife found that pathogens respond to a particular frequency. Rife Scalar can apply this frequency using healing scalar energy. The Scalar can modulate the original frequencies of Dr. Royal Rife, turning the Scalar into the world’s most advanced Rife machine. Once the Scalar is tuned, a Rife generator is connected. You will sit or lie down between the transmitter and receiver while the healing programmes are running. We have around 60,000 presets and programmes in our database that can be utilised with Rife Scalar. 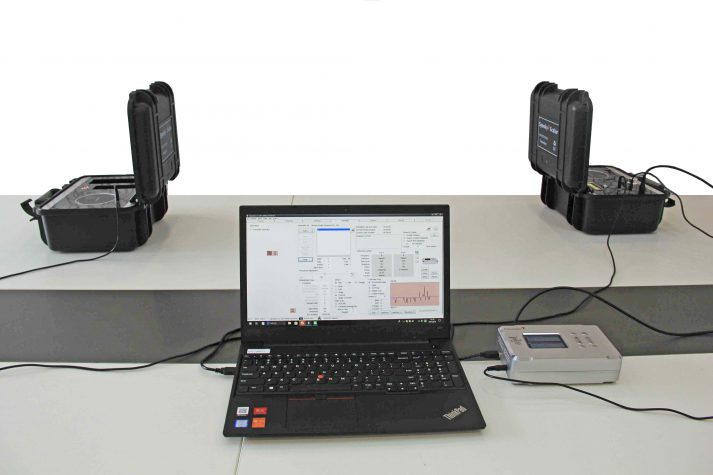 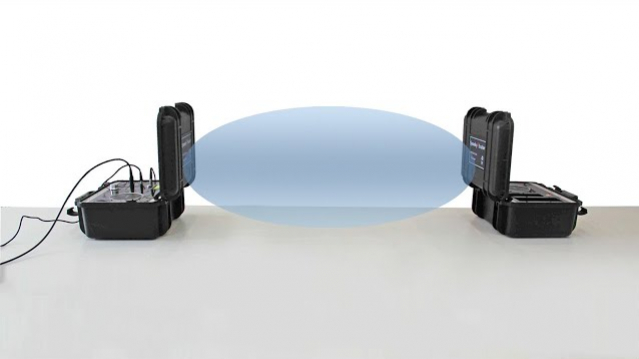 The scalar field is like a rugby ball shape which you will sit or lie in. 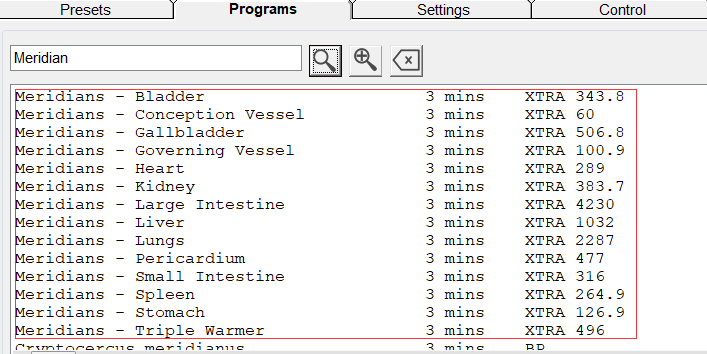 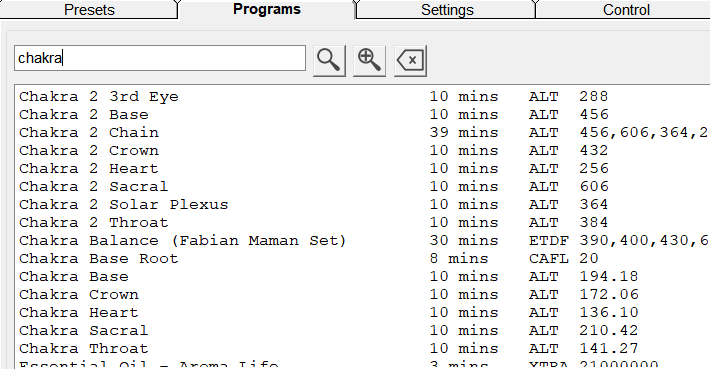 Some of the Rife programmes. We have access to around 60,000 programmes, so please contact us for your needs. Any substance can be put onto the receiver coil which will then be absorbed into your body.

Whether it is Vitamin C to CBD oil, crystals, essential oils, absolutely anything that will help heal your issues.

*With every 2 hour session booked, you will also receive 1 month's bespoke remote healing free of charge, saving you £250.00

**Please contact us to discuss your options prior to booking**

If you have any questions regarding any of the services just fill in your details, press send and we will reply to you as soon as we can.